For the past few years, with the rise of Internet-based service companies such as Youtube, Amazon, Netflix, Spotify and the likes, recommendation engines have become increasingly popular for online consumers. Recommendation systems that personalize experiences are the backbone for some companies as they can be the sole differentiation from the competitors in a highly competitive space. Despite offering the least features on its app, Youtube is still a music player of choice for millions around the globe because of what its recommendation engine chooses to “Play Next”!

A recommender engine or recommender system is a subclass of information filtering system that seeks to predict the “rating” or “preference” a user would give to an item. In simpler words, it’s a machine-learning algorithm that predicts user preferences and then throws out the most relevant items. Items could be a movie, a series of tweets on your Twitter feed, or a product sold on an eCommerce site like a Shopify store.

A Content-Based Recommender works by assigning certain attributes to the user and the content they sell and then finds the best match for each user. It assigns attributes by collecting data from the user, either explicitly (by asking the preferences of the user) or implicitly (information the user himself provides). The recommender becomes more accurate with each interaction of the user on the platform as the system keeps collecting data and running it through the attributes.

This type of recommendation system relies on the attributes of the products themselves. It doesn’t require its users to interact before making recommendations which is the cold start problem.

if a user likes a song the system will try to recommend songs matching the attributes of that song. Attributes could be the singer, category, genre, language, etc. This is how content-based filtering works.

Collaborative filtering works on how other users rated in the past and not based on the attributes of the product. It finds similarities in users preferences, and classifies them by their choices. Then it gives recommendations based on the best matches. The underlying concept is that people who have similar interests could be clustered in groups and any new user who shows interest matching a particular group would like the items group’s members like. Collaborative filtering relies predominantly on other users’ past data to show recommendations.

For example, if two users watch the same set of movies , their choices in movies match. And we can also say that it is highly probable those movies have similar attributes. To understand better, consider a person X who watches movies A,B,C,D & E and another person Y who watches movies B,C,D,E & F. Both X and Y have watched B,C,D & E, so the recommender would consider their taste similar and suggest movie F to person X (Who has watched all other movies watched by Y except movie F) and would suggest movie A to person Y (Who has watched all other movies watched by X except movie A).  This is what helps in making recommendations to users.

Both of the above approaches have their own strengths and weaknesses and it is not necessary to choose one. That’s why all big companies rely on a combined system which works on various algorithms together and it’s called a hybrid approach.

These systems leverage data used in both content based and collaborative filtering approaches to show better recommendations. Hybrid approaches combine the attributes of the products and past preferences of users to predict what a user would like to consume.

Netflix & LinkedIn are great examples of using a Hybrid approach. Their recommendations are not only dependent on what other users are watching/following and search results but also on products(movies in case of Netflix and job/companies in case of LinkedIn) sharing similar characteristics.

Let’s see some of the industry leaders who have invested a lot to build best recommender systems suiting their business models. In fact, some companies have completely changed their game with the help of their unmatchable recommendations.

How Does Spotify Keep Hitting The Sweet Spot?

Currently, music streaming giant Spotify has 286 million active users, 50 million tracks and over 4 billion playlists[1]. Why Spotify is a favorite online music streaming platform globally is its algorithm, what sets it apart from competitors. Spotify relies on its algorithm to recommend some of the best playlists to the users. One of its popular “discover weekly” playlist is a hit worldwide. Its algorithm gathers data about the music history and also analyses the pattern of people listening to a particular song, be it a cultural pattern, age, gender, time or the geography.

An AI system called ‘Bandits for Recommendations as Treatments’ (simply known as BaRT)[2] is the real reason behind Spotify’s awesome recommendations. Let’s hear from the brilliant people who know it from inside out:

Tony Jebara, Who was brought in from Netflix, VP of Engineering and Head of Machine Learning at Spotify explained about its algorithm at TensorFlow World in Santa Clara, California[3]. He talked about how the algorithm works on exploitation and exploration techniques to provide the best recommendations to its users. Exploitation is when recommendations are based on what the user has listened to in the past. Exploration is based on user interaction with the platform and is used as a  research tool to draw patterns among users behaviour.

How Does Tinder Decide Who You’ll See Next?

Tinder’s own statistics have shown that one million dates per week and over 20 Billion matches have been made since its inception. More than 90% of users matching on Tinder set up a meet within a week.

Tinder algorithm works in a way that it uses user data to create an “ELO” score(the same system is used to calculate the relative skill levels of players in zero-sum games such as chess. The name comes from its creator Arpad Elo) which is a measurement of the quality and quantity of your matches. Your rank gets better depending on numbers of right swipes you get, and also who are swiping(basically their ranks). Tinder would then recommend people with the same score. It assumes that people with similar opinions would be in approximately the same tier compatibility.

Have You Ever Thought of Google as a Recommendation Engine?

Have you ever noticed how Google completes your sentences, how many times you wouldn’t have to even type more than two words and Google knows what you want. Google uses machine learning, predictive analytics, natural language processing to show relevant choices specific for each user. How do they do that? Well, nobody knows what is the exact algorithm but it depends on query volume, geography, demographics and keyword popularity. But there’s a lot more to it that experts keep guessing for us.

Google uses recommendations not only for search queries but also during ads. You must have noticed that Google ads are very relevant. They are based on your interest level for a particular item at that point. Most of the time, the ads would be of last item you checked on any shopping website. Google charges a hefty amount to these shopping websites for such ads. Everyone would have at least used one of the many services Google provides. Google has many opensource platforms like play store, android, search engine or its devices. By using these popular services, you agree to share a lot about you with Google. It knows a lot about you, it knows what you do, what you speak, where you live & where you study/work because we search so much that even this process of searching is called Googling. And that’s how it shows you the most relevant things by feeding your information.

It took off as a platform where users shared reviews about their travel experiences with hotels, restaurants, and tourist spots. TripAdvisor has smartly used all this data to answer the most sought question “what do my customers want?”. Since then it’s been feeding the data to its remarkable recommendation engine. It has made it the most popular and unique site for trip planning.

TripAdvisor also uses sentiment analysis like all other social media platforms to analyze “sentiment polarity”. It gives a score to each review and categorizes them as good, bad, or neutral. It’s not as easy as it sounds. The problem occurs when the algorithm tries to understand the text for grammatical nuances, sarcasm, cultural variations, and typos.

If you are wondering that these recommender systems are for these biggies only, you can’t be more wrong. Of course, not customised recommender but you can enable a recommender app in any online store. If you want to know how? You can read my other article on how to add similar items recommendations in your Shopify store.

I would love it if this article could be of any help to you. Please let me know in the comments how you liked the article.

This article wouldn’t have been possible without the help of:

Explore more from our team... 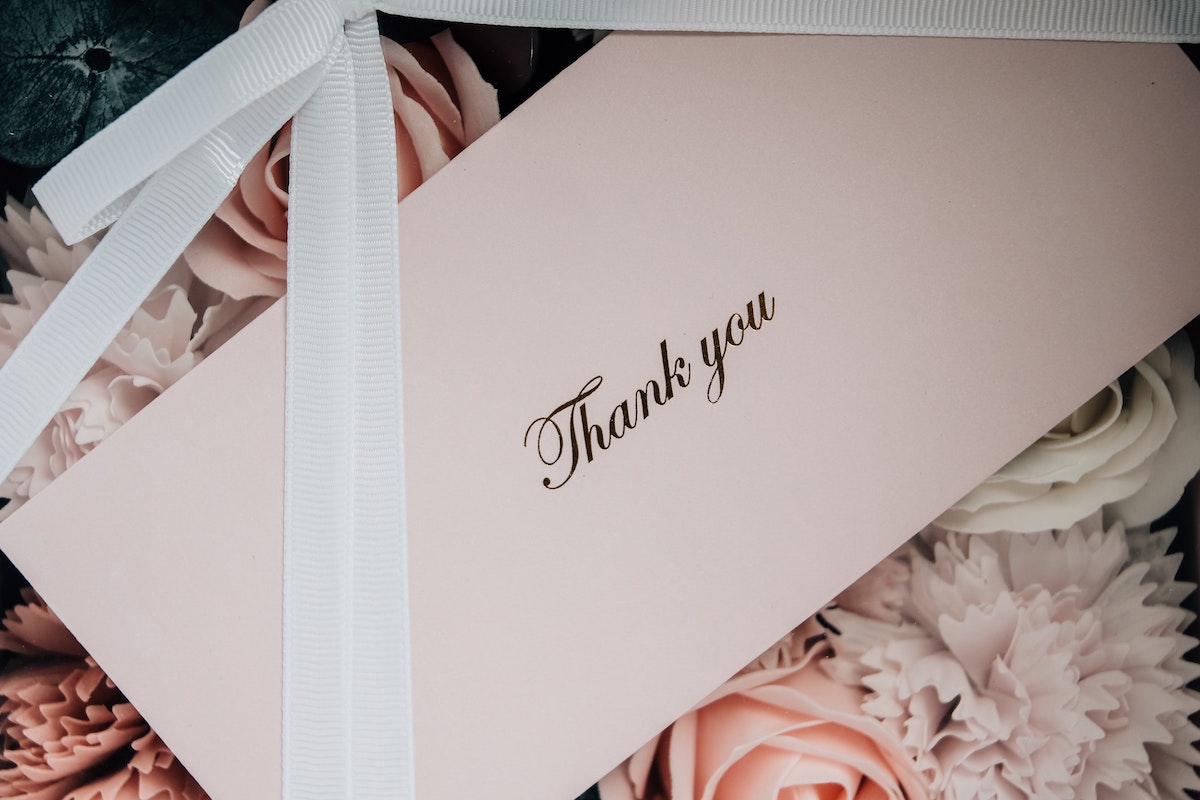 How to Increase Sales with Clienteling

Clienteling is the most effective retail strategy to enhance customer experience. But how do you apply it to increase your sales? 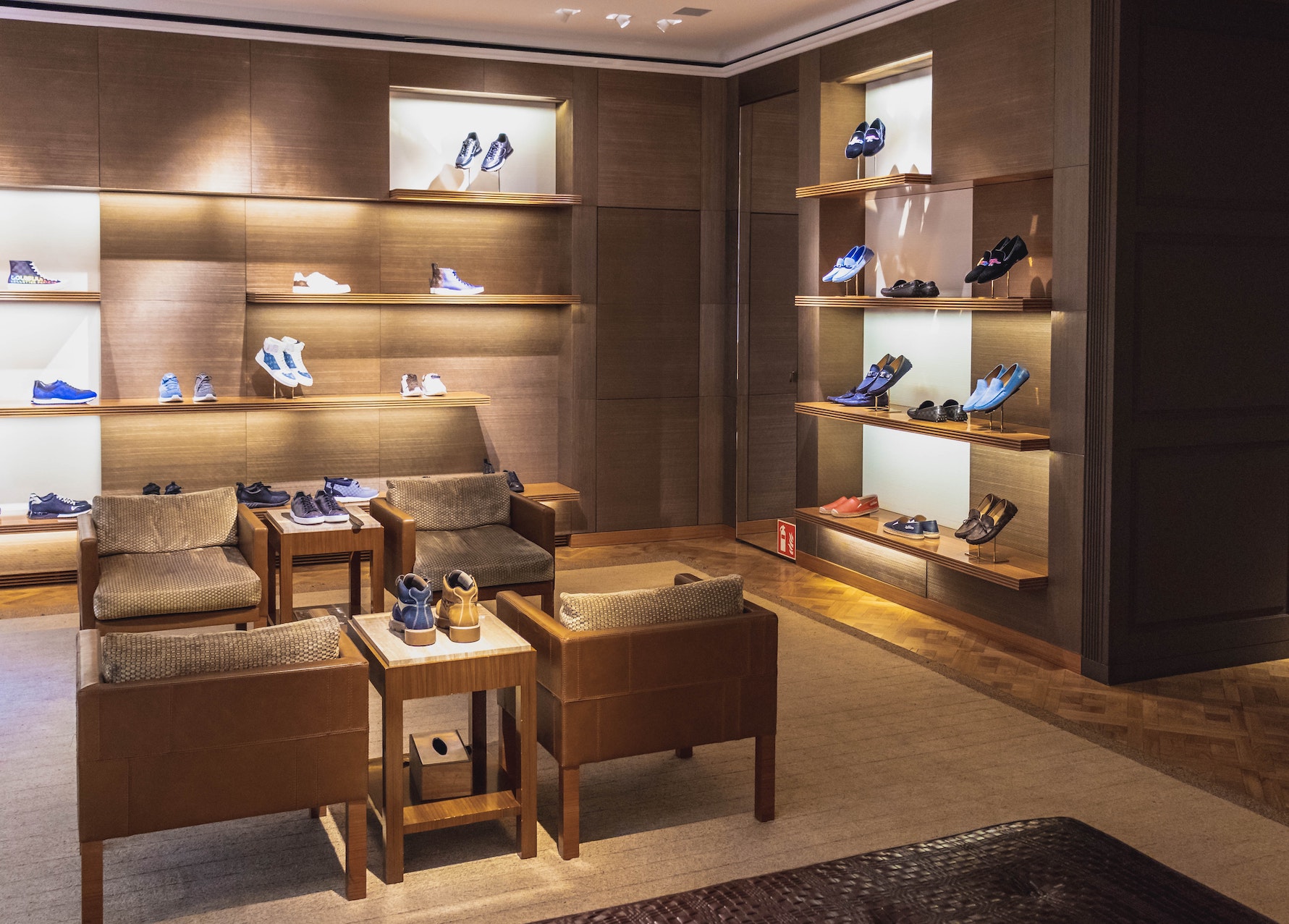 6 Ways to Improve Your Clienteling Strategy

In this post we'll discuss six important techniques you can use to improve your omnichannel clienteling strategy. Read on to learn more. 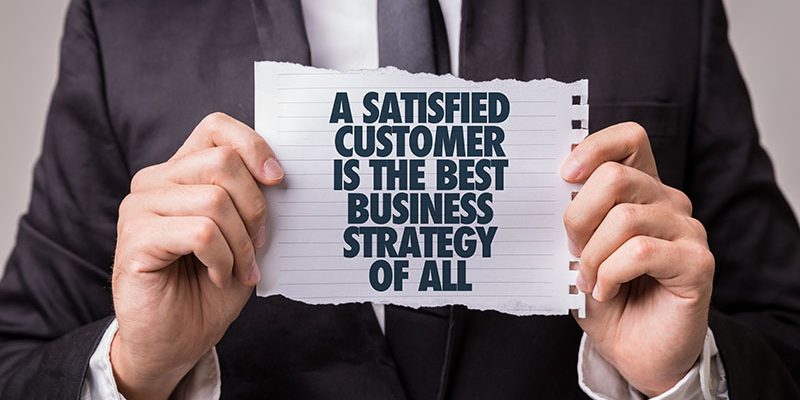 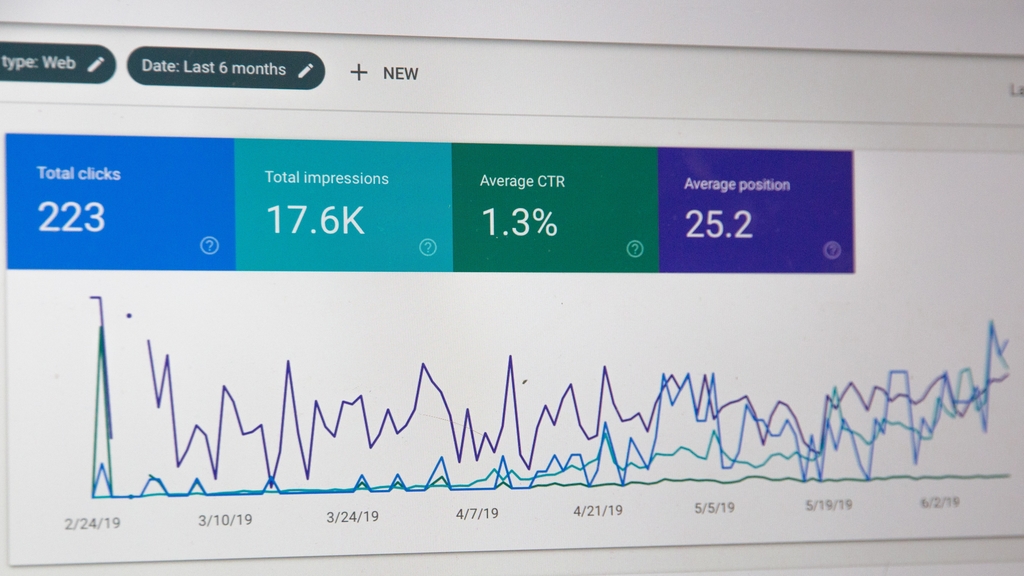 Do you run an e-commerce store? Are you troubled by a high bounce rate? If you answered yes and yes, then you must have spent enough time wondering how to engage your customers better and longer. Your answer may lie in... 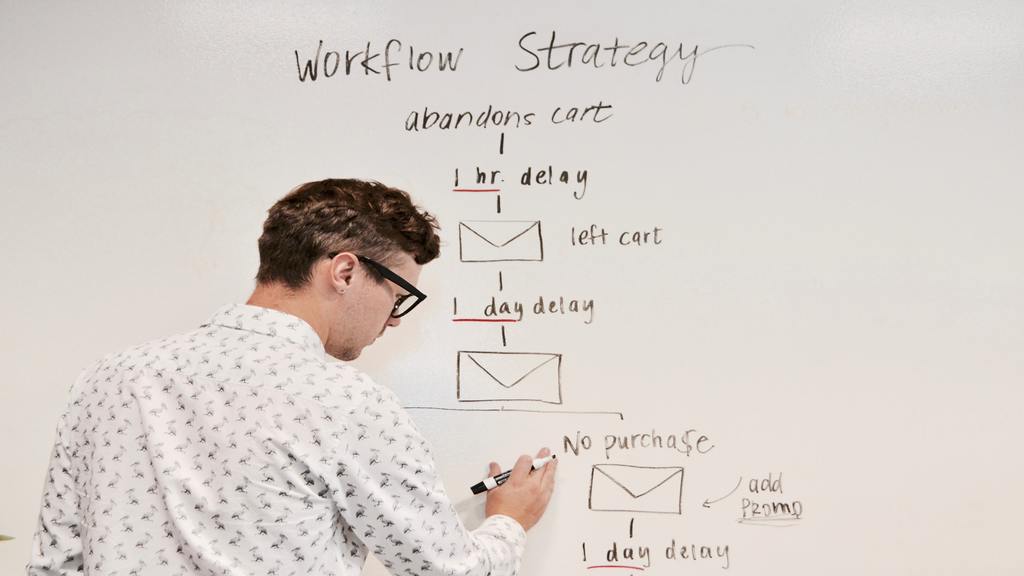 If you are reading this blog, I assume you are running a Shopify App and want to automate a few emails to your subscribers who are Shopify merchants. We launched our app Similarity a few months ago and until recently... 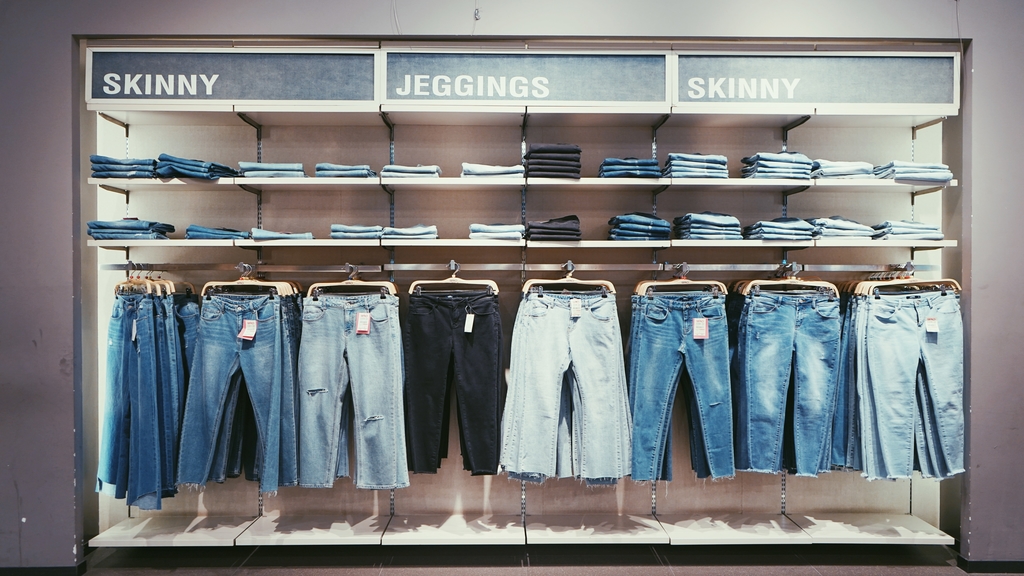 How To Show Related Products in My Shopify Store

Ever wondered how viewers get sucked into endless binge-watching on Netflix? Or how you keep enjoying the content YouTube is suggesting and how Spotify tracks keep hitting the sweet spot? What sorcery is that, is it Potter’s magical spell? 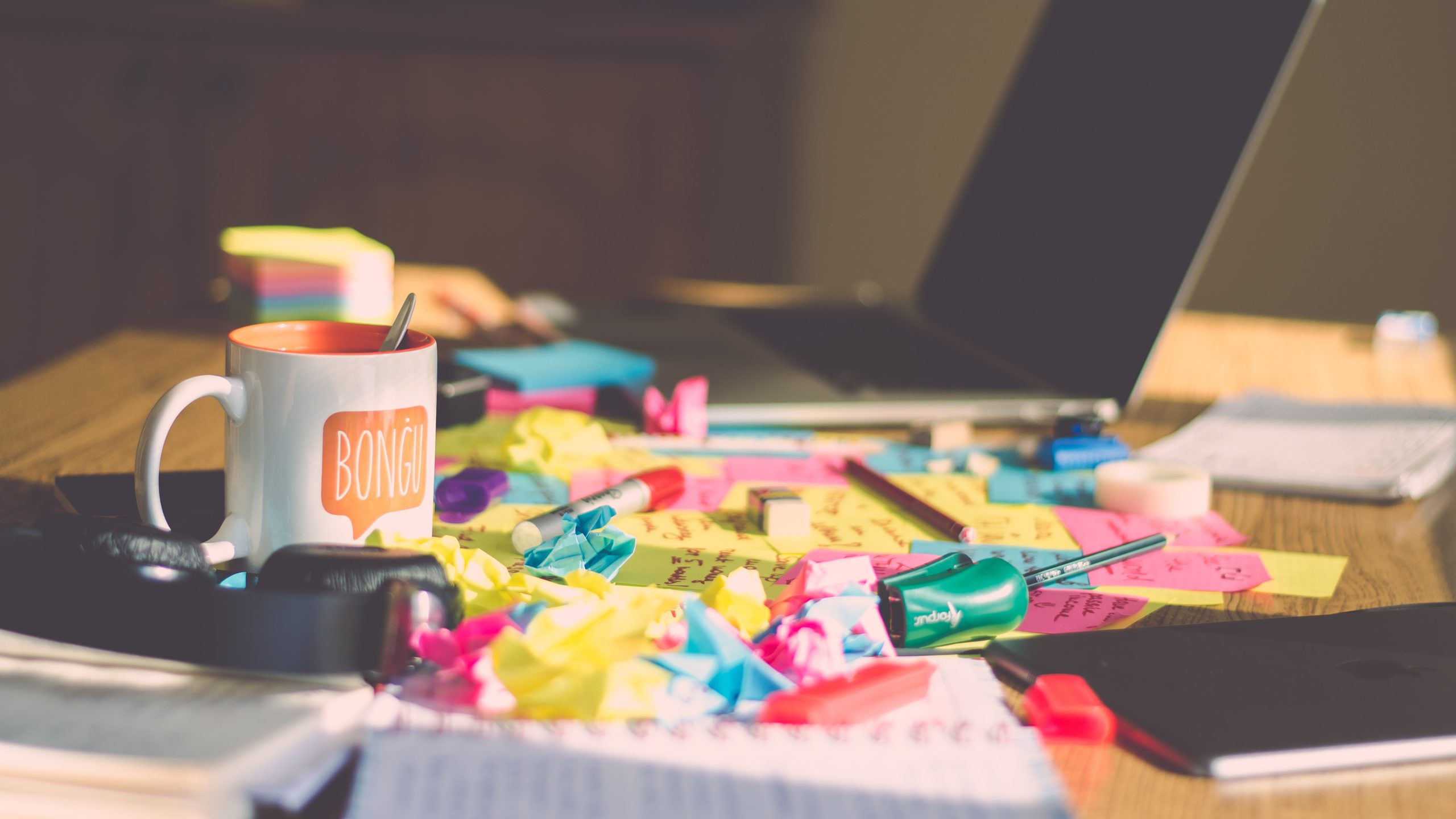 6 Important Must Dos for New Shopify Partners [Bonus Points Inside]

First of all, give yourself a pat on your back for making it as a Shopify Partner. Going through tons of "read this before..." guides, the strict and robust review process, and the patience exercised waiting for the app to be listed on the... 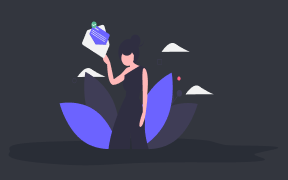 We use cookies on our website to give you the most relevant experience by remembering your preferences and repeat visits. By clicking “Accept”, you consent to the use of ALL the cookies.

This website uses cookies to improve your experience while you navigate through the website. Out of these cookies, the cookies that are categorized as necessary are stored on your browser as they are essential for the working of basic functionalities of the website. We also use third-party cookies that help us analyze and understand how you use this website. These cookies will be stored in your browser only with your consent. You also have the option to opt-out of these cookies. But opting out of some of these cookies may have an effect on your browsing experience.
Necessary Always Enabled
Necessary cookies are absolutely essential for the website to function properly. This category only includes cookies that ensures basic functionalities and security features of the website. These cookies do not store any personal information.
Non-necessary
Any cookies that may not be particularly necessary for the website to function and is used specifically to collect user personal data via analytics, ads, other embedded contents are termed as non-necessary cookies. It is mandatory to procure user consent prior to running these cookies on your website.
SAVE & ACCEPT
wpDiscuz
0
0
Would love your thoughts, please comment.x
()
x
| Reply